Dr. Bellmunt combines the management Dr.Bellmunt Cancer Institute - Hospital Universitari Dexeus Quiron Group with the direction of the Bladder Cancer Center at DFCI and Dana-Farber/Brigham and Women's Cancer Center, Harvard University, Boston, USA where he is Associate Professor of Harvard Medical School. He keeps involved with the Oncology Department at the Hospital del Mar and the European Association for Research and Treatment of Cancer (EORTC).

Dr. Joaquim Bellmunt graduated in Medicine and Surgery from the Autonomous University of Barcelona in 1982 and obtained his Ph.D. cum laude in 1989 from the same university. After undergoing the residency in Medical Oncology at the Hospital Universitari Vall d'Hebron in Barcelona, he completed his studies obtaining the European Certificate in Medical Oncology in London in 1989 and rotating at the Clinical Immunology Service, Division of Medical Oncology and Department Inmunotopathology at Memorial Sloan-Kettering Cancer Center in New York in 1987 and 1989. He joined the Department of Medical Oncology, Hospital Vall d'Hebron taking over the Urooncology Clinic. In January 2006 he was appointed Chief of the Solid Tumor Oncology Service of the Hospital del Mar in Barcelona. Since 2008 and as a result of his collaboration with the Dana Farber Cancer Institute (DFCI) until late 2012 until late 2012, he was Visiting Professor at Harvard University, Boston, MA. In March 2013 he was appointed Director of the DFCI Bladder Cancer Center, Harvard, Boston (USA) and Associate Professor at Harvard.

He is the past chairman of the Committee of Advanced Bladder Cancer in the European Organization for Research and Treatment of Cancer (EORTC) and consultant of the Genitourinary Group (EORTC-GU) since 2000. In Spain, is co-founder and has been President of the Spanish Group for Treatment of Genitourinary Tumors (SOGUG). He is also Professor of Medicine at the Universitat Pompeu Fabra in Barcelona and reviewer of publications such as Journal of Clinical Oncology, Annals of Oncology, European Urology, European Journal of Cancer, British Journal of Urology Int and Journal of Urology, among others. Dr. Bellmunt has published over 350 peered reviewed articles and over 340 conference papers and book chapters.

His areas of interest in genitourinary oncology include the development of drugs directed to novel therapeutic targets and early clinical and translational research in the field of immunotherapy and factor receptors and angiogenesis. He directs multicenter international trials of immunotherapy in the treatment of prostate, kidney and bladder cancer. He coordinated the Intergroup Study in Advanced Transitional Cell Carcinoma (EORTC 30987). He is involved in the clinical development of new agents and combinations and is a member of the advisory board of several pharmaceutical companies. He is a member of the American Society for Cancer Research (AACR), American Association of Clinical Oncology (ASCO), the European Association of Medical Oncology (ESMO) and the Spanish Society of Medical Oncology (SEOM). In Catalunya he participates as a consultant on the design and development of CatSalut Oncoguies of Generalitat.

He has been part of the American Congress Scientific Committee of the American Society of Clinical Oncology-Genitourinary (ASCO GU) where he holds conferences and Faculty Memeber. 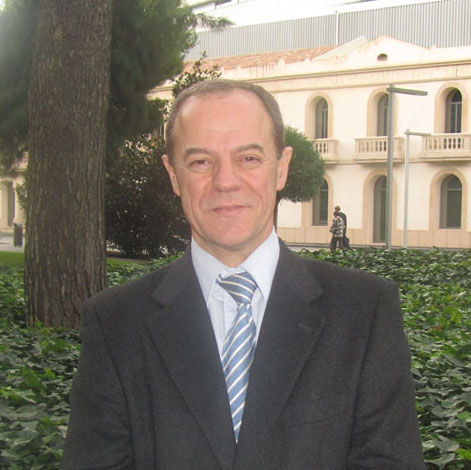